What You’ve Been Missing

There’s a little something for everybody on my Patreon!

The platform is one of the main ways I fund my projects, including all the prep for the conventions I will be attending this summer!  If you are looking for a way to give a little support on a monthly basis to Blue Rabbit Comics/ Blue Remedy/ myself- consider joining my Patreon!  I won’t lie, I haven’t been doing as many SFW exclusives since I don’t have anyone on the PP-free tier :’^) But if that ever happens I won’t leave ya’ll hanging! 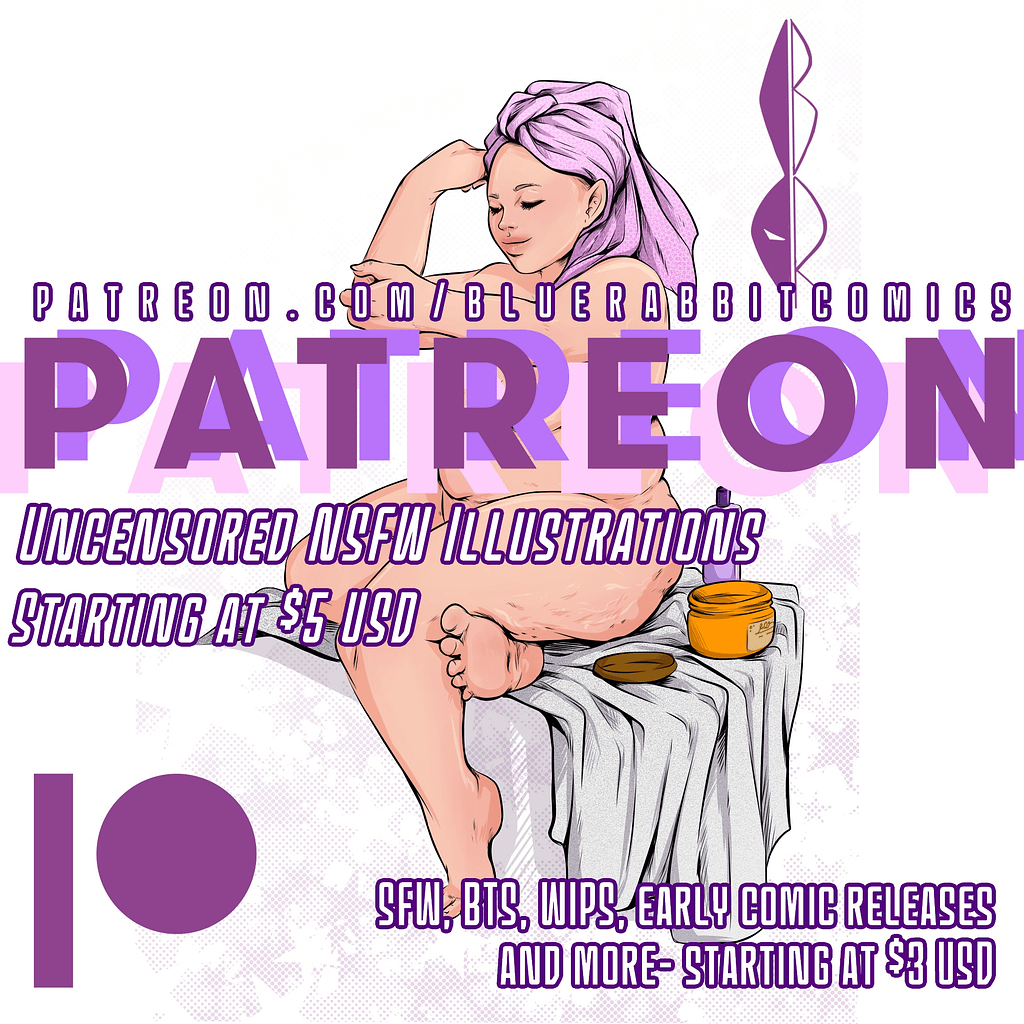 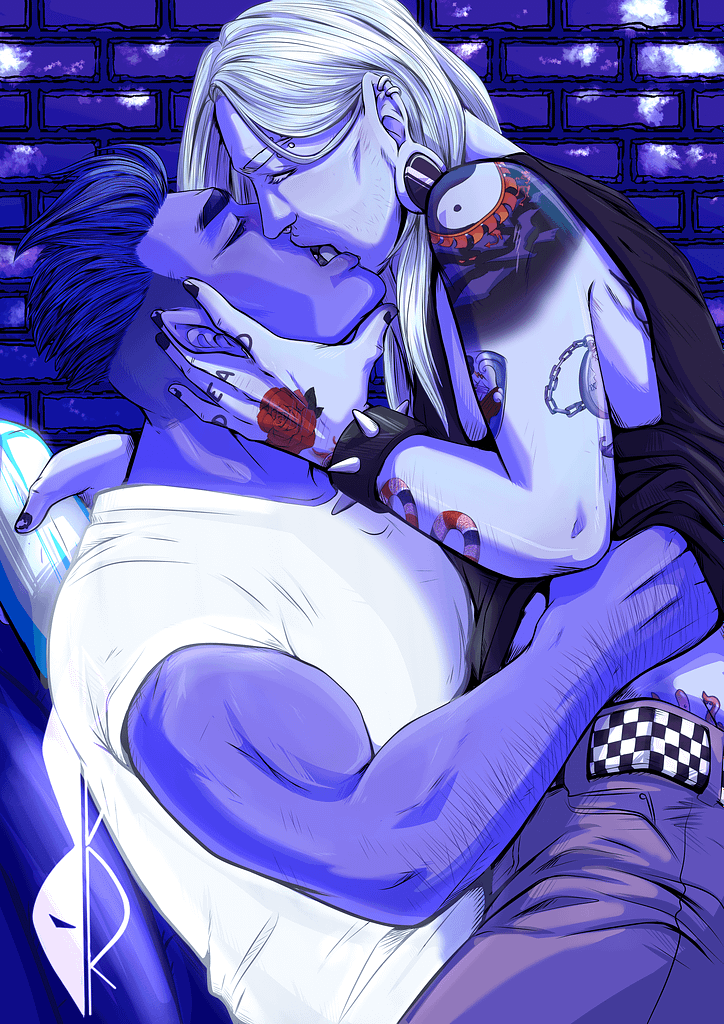 My absolute favorite star crossed lovers, and I’m not even mad.

Okay, maybe I’m a little mad. I want it to work out! I WAN’T THEM TO BOTH GROW AND LEARN AND BE BETTER PEOPLE!! Isn’t that how it’s supposed to go?

There’s a lot working against them though, Nick and Sacha… Nick and his issues with being open and vulnerable emotionally makes him impossible to really get to know beyond the facade of “I’m cool, everything is cool- let’s have fun and smile a lot”.  Meanwhile, Sacha has zero time for people who aren’t real- especially when he struggles with toxic masculinity himself and has yet to accept that he can be attracted to men sometimes.   This leads to a lot of “I don’t know what I was thinking- it meant nothing- what the hell is your problem? Get away from me!”

Among many other issues they both have as individuals, that culminate in a toxic cess pool of an on-again-off-again “relationship”.  But you’ll have to read the comic to learn more..!9