One of my earliest and oldest surviving OCs form my childhood (and now, one of the mains in my current project) 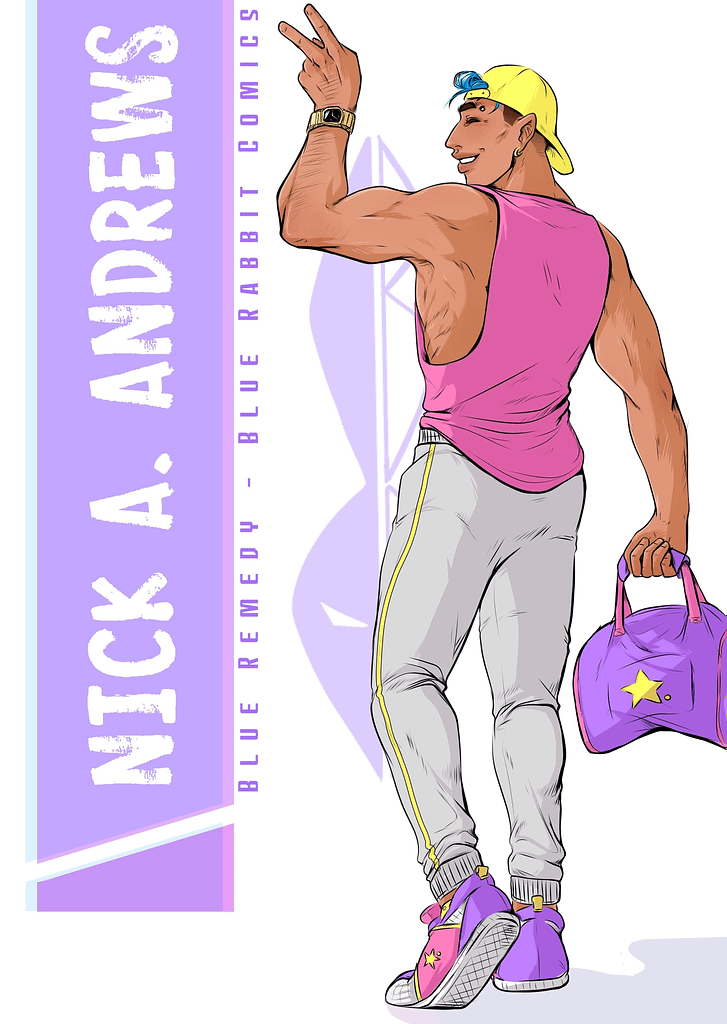 Nicky boy, Nicky boy, what is there to say about you, huh?  Well, his personality (good and bad) is mostly based off me, so that’s something :^).  Keep reading for some fun facts about my favorite- some which are seen in the comic Blue Remedy, and some from the prequel I Hear You.  I am trying not to put any spoilers, but you may want to stop here if you are really ANTI spoiler…just in case ;^)

Get to know Nick, one of the main characters from Blue Remedy!  All information provided here and for the other characters later this month is in accordance with the BEGINNING of Blue Remedy- lots of stuff may change as the story progresses!!

Childhood:  Nick was raised by his mother and father in the Garden City Army Base.  He attended private military school for K-12.  He began his education in pre-med at the local university, but dropped out after three terms due to his father’s cancer diagnosis (he stayed home with his mom, helping to care for his father until he passed).  His father, a three star general for the Army, was often absent in his childhood due to extended military missions.  This was for the best, since whenever he was around he would mentally, emotionally, and physically abuse his son whenever he was “out of line”.  “Out of line”, according to John Andrews, was doing anything contrary to his idea of what a perfect son should be- from attitude, behavior, dress and appearance, choice of hobbies, choice of education, etc.

In his youth Nick participated in competitive dance (ballroom, hip hop, and belly dance).  After starting his career in The City and spending time in the gym with the goal of “building mass”, he no longer competes in dance nor has the abilities he did as a younger man.  However, he still enjoys dancing during his evenings off at clubs.

Currently, his main past time is fitness and exercise.  If he isn’t running on the streets of The City, he’s in the gym lifting weights and “bro-ing out” with the other gym rats.