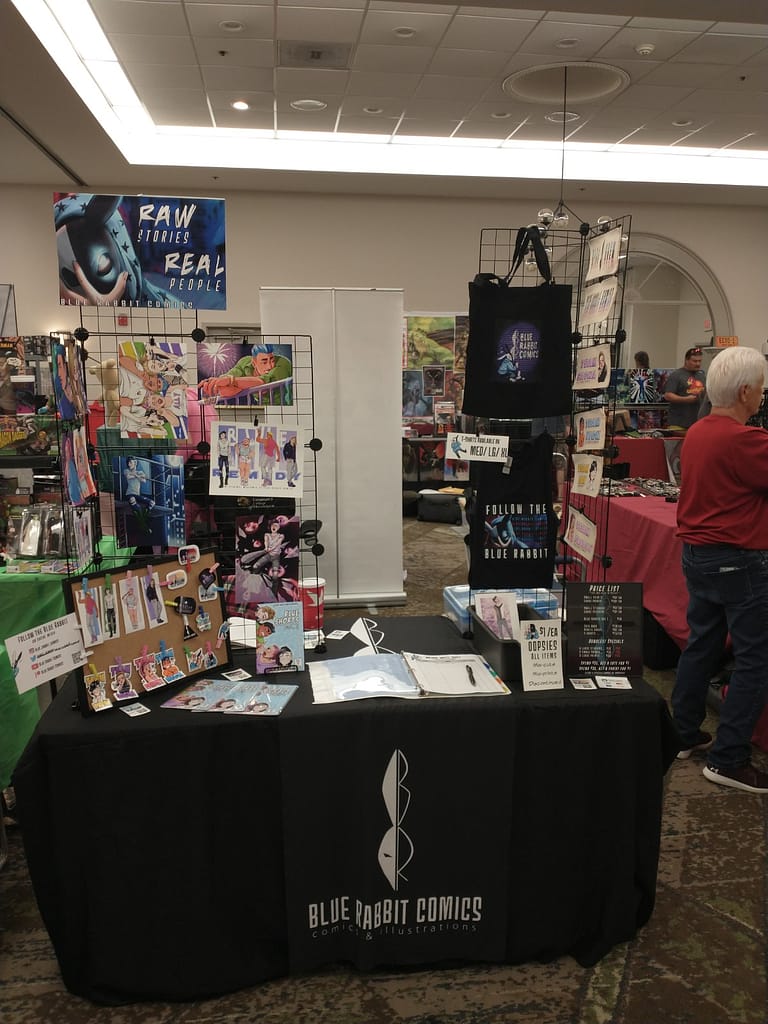 For my crew members who hate reading, grab the highlights:

Listen, I pull no punches.  I will be completely honest about my experience at Nerdfest 2022 in Swedesboro, NJ.

It was terrible.  I hated it.  And I’m pretty sure I wasn’t the only one…read on for details!

I showed up 15 minutes after set up started- which was apparently a smart move.

At this event I had to bring my own table, along with many other people.  Since I know my set up is very small and quick, I wasn’t in a rush to get there and start setting up in the full 1.5 hr time frame that was given to vendors.  I rolled in about 15 minutes later than start, and apparently that was a smart move.  I ended up asking a vendor where they signed in- because the whole place was a mess of people, and there were no clear identifiers of who was staff and who was a vendor.  Thankfully the vendor got me to the right person pretty quickly, and they sat me down in a small ballroom with a bunch of other vendors who brought their own tables.

Oh yeah, and the AC was definitely off and we were all sweating our asses off.

The vendor who was placed beside me (nice guy) lamented that he had been there for 20 minutes and just NOW got assigned a spot.  His set up was a lot more involved than mine, so I bet he needed that time!  Clearly, this was super disorganized and messy to start.  did I mention the AC?  Yeah, I know, I am still mad about it.  I was sweating out of my clothes (LITERALLY) before the AC was finally on.  Literally- what the hell?

The visitors were majority not my target audience, and were not interested in me at all

I was lucky (I thought) to be placed right in front of the entrance door- being the first table you see when you come into the ballroom.  Unfortunately, that didn’t do me much good.

The majority of the visitors who first came in were older men who bee-lined to the vintage comic books being sold by retailers.  No shade to our mature kings, but that is not the audience my story is aimed to, so that was not something I was happy to see.  The second most common were families with small children.  Also not my target audience, but you never know!  My story is relatable to all ages! There were a handful of engaging people I talked to and checked out my comic, and that was nice to see :^) but honestly, a solid 95% were there for classic comic books, fanart of the classics, and old toys.

There was one elderly woman who decided my table was a good place to put down her purse and block have my merchandise (why?????) and proceed to knock it all over (WHY????!).  How nice.

I felt a bit misled, I wont lie.  The headliners for this event were original comic creators, so I thought I would be more in my element.  I had high hopes for this event- which is not what happened AT ALL. I only netted two small sales before the final straw had me packing up and leaving 2.5 hrs early…

Starting the day in sweat soggy clothes was not setting  this event off on a good foot.  I was already irritated, uncomfortable, and not doing my best when it comes to outreach.  I was definitely more reserved at this event, but I engaged when someone lingered at my table.

If you aren’t familiar with the crisis in America regarding violence and such, then some random person screaming may not seem like the biggest deal ever.  However, if you’re from here… you know . The first shout/ scream had us all looking at each other warily.  The second one had us on our feet.  A man was shouting/screaming shrilly in short bursts every minute- and it was UNNERVING.  I felt my anxiety start to bubble in my stomach and work it’s way through my body.  I could see through the doors into the lobby that people were recording and smiling, so we determined that no one was in danger (but really, who knows?) But honestly, at that point?  I was DONE. BIG DONE.

As I started packing up my stuff to go, another vendor walked in to see us.  She stayed at my table for a while and I did my spiel, and I ended my talk with the fact I was packing up because I couldn’t take the stress from the disorganization and the screaming.  She let me know that there was someone cosplaying Black Panther, and he does this at every event- scream and make a show for people.  That seems incredibly tone deaf considering the current situation in this country- if you ask me.  If there was going to be some kind of LARPing moment or something, there should have been a warning from management, don’t you think?  If I knew someone was going to do some kind of interactive panel that involved shouting and screaming, I wouldn’t have panicked.  But this was just another example of how this whole event was a shit show.  The high stress/anxiety I was going through was not worth trying to recoup my losses from my table.

This event was terrible.

I really don’t have any good things to say about it.  From the set up, location, organization, and execution, it was not a good time.  Honestly, I do not plan to attend ANY event in the future that is organized by the people who did this one.

I had much higher hopes for this event- thinking that a comic centered event would be more my speed.  I was wrong, and that is fine, but I’m more frustrated with the management of it.  I thought I would be able to net a profit at this event, since the tickets were only $45.  I didn’t even get half of that back.  Uncle is getting frustrated that I am not breaking even at these events…which I don’t mind so much, since my main goal right now is to get seen…but he is starting to see this hobby of mine as a financial burden when we have other, important bills to pay.  If you are interested in helping me recoup my loses and keeping my project at net 0, visit my support page and learn how to help keep this project going.

I really hope that my next event goes better. 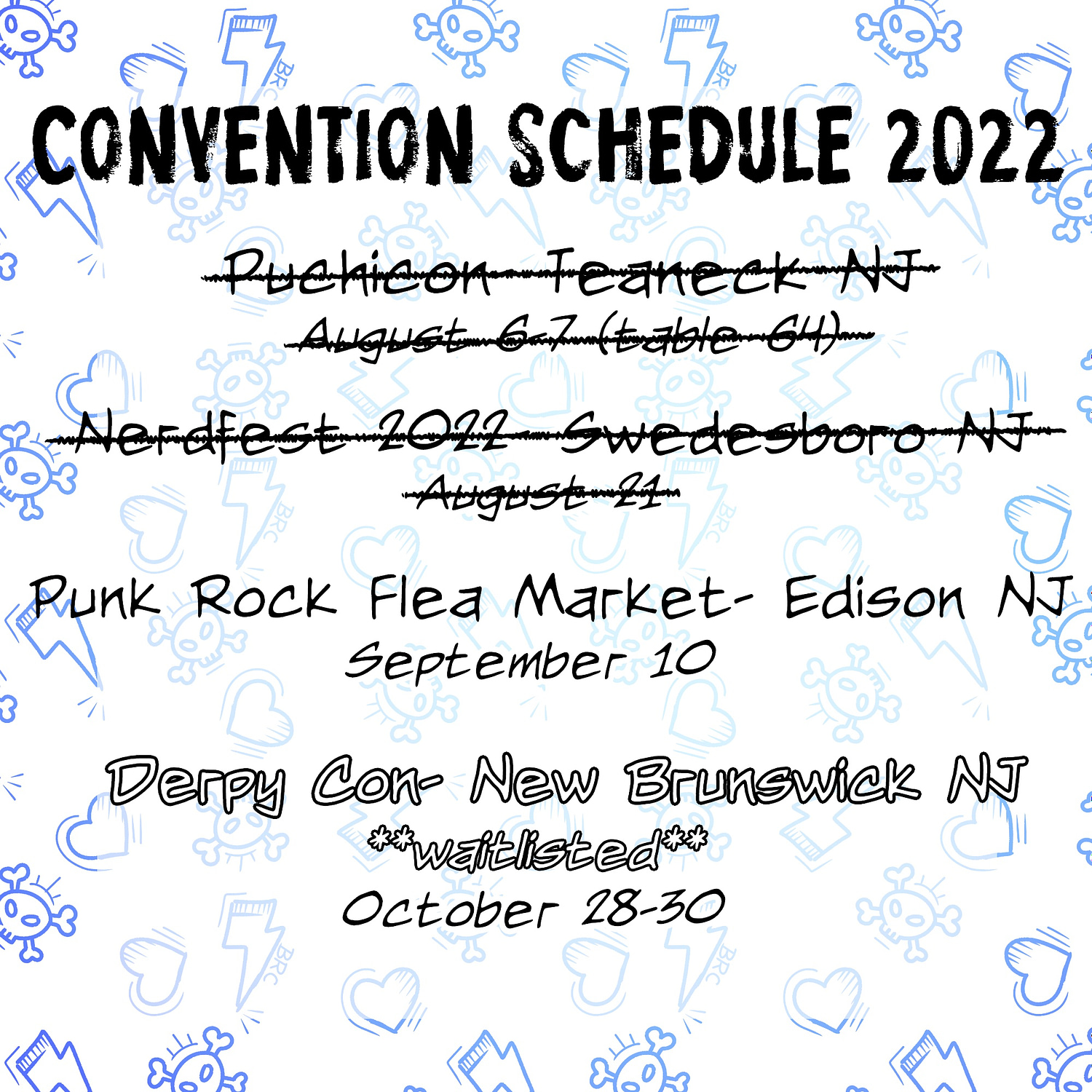